The history of marijuana is interesting to say the least. Anti-marijuana propaganda campaigns of the 1930’s painted cannabis users as violent and uncontrollable psychopaths out to harm innocents everywhere.

Fast-forward to today, and it’s not uncommon to hear people talk about marijuana as a miracle drug with the ability to treat nearly every illness, with next-to-zero negative side effects, but that’s not exactly true either.

So if you’re an avid marijuana smoker, turn the hype down for a moment, and allow yourself to keep these five things in mind before your next smoke session.

1. Blunts are bad for you

There’s no getting around it —tobacco smoke is bad for you. With decades of evidence linking tobacco use to various forms of cancer, it’s alarming that people still use it, even when mixed with cannabis.

Regardless of what it’s mixed with, tobacco smoke —even from a blunt wrap— contains the same toxic chemicals found in regular cigarette smoke. Combine that with the common habit for marijuana smokers to hold smoke in for a few seconds, and you’ve got a recipe for danger.

However, blunts are the easiest way to share weed in a social setting. You can pack it to the brim with marijuana and pass it around with ease, so the attraction is understandable.

If you still want to sit in a smoking circle, consider passing around a pipe or bong instead. For more information on the risks associated with mixing tobacco and marijuana, check out this article on Veriheal.

Marijuana is commonly prescribed to treat symptoms of anxiety, depression, and PTSD, but did you know that it can also make these problems worse?

If you use marijuana often it can lead to increased feelings of anxiety, paranoia, and even temporary psychosis. Of course, these problems occur with extremely heavy, or chronic marijuana use, but it’s important to be aware of them.

As it is with most things, moderation is key. Use your smoking rituals as rewards for accomplishing something special, or just for getting through a tough day. This boosts self confidence and promotes a healthy mindset surrounding your marijuana use.

3. The munchies are real

Almost everyone that smokes marijuana understands the reality of the munchies. When you’re in the heat of the moment tasting that delicious chocolate bar, it’s hard to think of anything else.

If you smoke regularly, you might be falling victim to the munchies more often, and doing so on a regular basis puts you at risk for unwanted weight gain, and possibly obesity if you’re not careful.

Resisting the munchies is next-to-impossible. You’re going to eat all of whatever it is you’re going to munch on, so do yourself a favor and prepare healthy snacks before smoking. That way you’ll at least be eating food that won’t immediately stick to your waistline.

Studies have shown a link between cannabis consumption and short-term memory impairment. Luckily this inability to remember what you just said will last only as long as the THC remains active in your system.

The science is still inconclusive as to whether or not there are long-term negative impacts on memory, so for now, you’re in the clear.

While there’s plenty of hype surrounding the use of cannabis and its efficacy in treating various health problems, and while it’s become legal in many more places, it’s still not legal everywhere.

Make sure you know and fully understand the laws and potential consequences regarding cannabis possession and consumption in your local area before taking the risk. You might thank yourself later!

To summarize, you should avoid mixing tobacco with your marijuana to help protect your lungs, and only use cannabis products where it’s legal.

You should also use marijuana responsibly. The long term effects of marijuana use are still unclear, so it’s important to use in moderation whenever possible, and take tolerance breaks regularly.

Smoking cannabis is great for various medicinal purposes, but make sure you keep these things in mind before you light up. 4 Guaranteed Tips for a Heart-Healthy Diet Steps To Take To Start Your Nursing Career 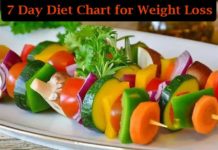 How Much Should You Be Spending on 50s entertainment?

15 Things Your Boss Wishes You Knew About chemistry in nature